GILROY, CA – On Saturday, April 16 @ 7:00 PM the Gavilan College Music Program is proud to present a Concert for Two Pianos, featuring music faculty member, Dr. Maria Amirkhanian, and former alumni, Irina Smolyakova.  The concert will be held in the Gavilan College Theater.  The program will include works by Borodin, Bizet, and Brubeck.

Tickets are $10 and can be purchased at https://bit.ly/pianoApril16, or at the door.  Gavilan strongly recommends attendees be vaccinated.  Masks will be required indoors.  These requirements are subject to change based on current College Guidelines.

“Music for two pianos is a very intimate setting for all music lovers and the entire family.  We are pleased to bring this type of entertainment to our south county communities.  Music is back, and I am pleased to offer attendees some comfort after two years of COVID.”

Maria Amirkhanian is a native of Yerevan, Armenia.  Maria began piano lessons at the age of five.  After graduating from Tchaikovsky School of Music, Maria was accepted to Komitas State Conservatory, where she obtained her B.M. in piano performance under guidance of Armine Mokatsian.  In 1993, Maria accepted a full scholarship to CSU Fresno where she became a student of Andreas Werz.  In addition to performing throughout California and internationally, Maria has participated in master classes with Peter Frankl, Barbara Nissman, Tomas Ungar, Ruth Loredo and Oxana Yablonskaya.  In 1994, Maria was awarded second place at the Franz Liszt International Piano Competition in Pasadena.  The following year she won first place at the 1995 MTA Solo Competition, a statewide event.  Maria was the winner of the Fresno Organizers Scholarship Award in 1996.  In 2000, she obtained her DMA from Moscow Conservatory, Russia, where she studied under Yuri Hayrapetian.

Irina Smolyakova received a Master of Arts degree in Music, with honors, from California State University, Fresno, where she studied piano under Professor Andreas Werz.  Irina has  participated in numerous piano master classes with such distinguished artists and educators as Markus Groh, Vahan Mardirossian, Elena Kuschnerova, Vardan Mamikonian, Giuseppe Andaloro, Biljana Urban and Jon Nakamatsu.  She was the winner of the 2009 and 2015 Fresno State Concerto Competition and performed with the Fresno State Symphony Orchestra.  In the spring of 2010, she was featured in the Young Artist Spotlight on the KVPR radio station.  Irina has given recitals at Gavilan College, Porterville Community College, and The Music Tree store in Morgan Hill.  She was a finalist in the 2012 Kruschke Piano Competition, a system-wide event of the California State University held at CSU, Chico.  Irina performs regularly as an orchestral pianist, and she has performed with the Fresno Philharmonic, Modesto Symphony, and Monterey Symphony Orchestra. 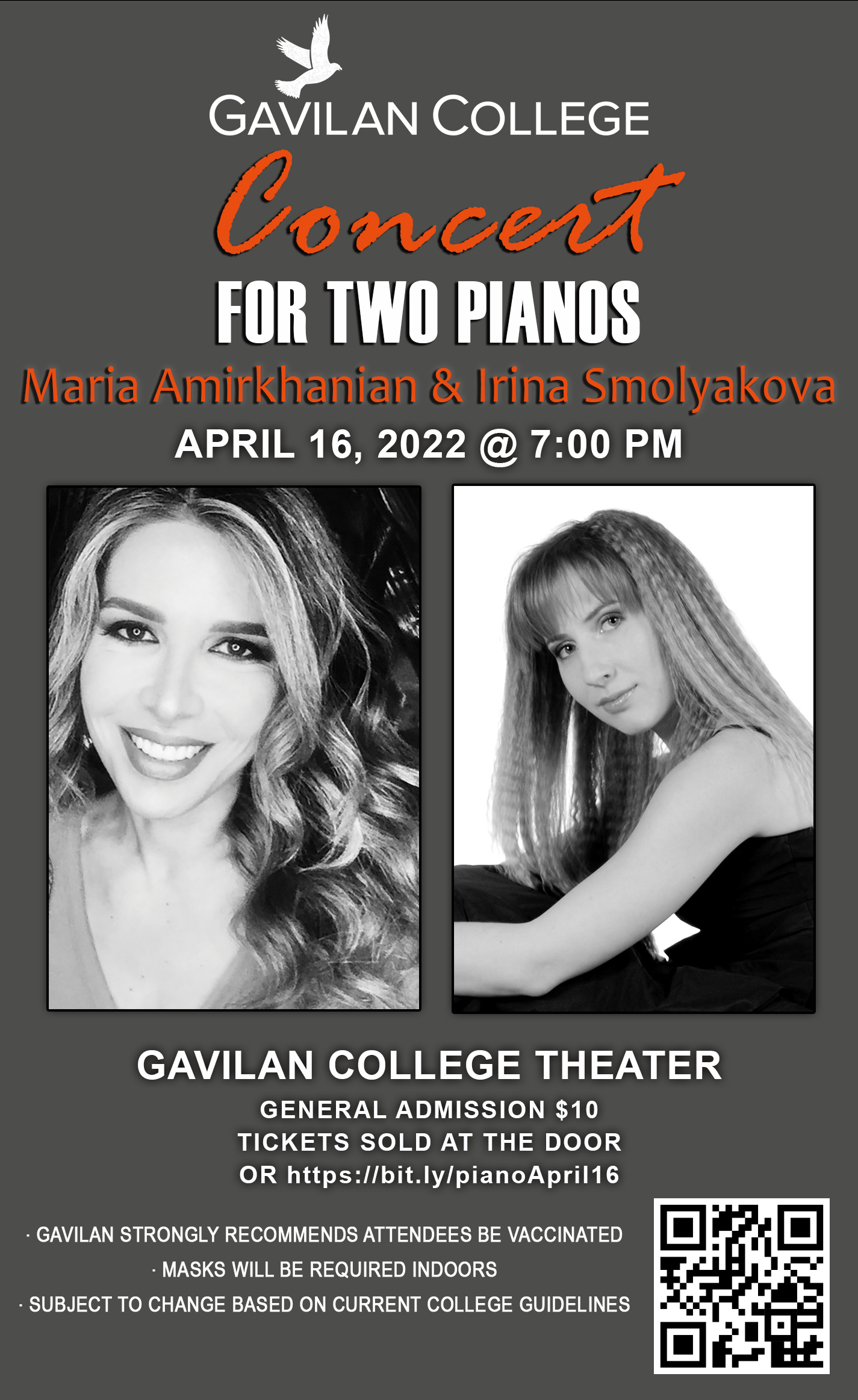