On February 13, 2018, John Lango was named the head coach of the Gavilan College football team. The announcement came from Dean of Kinesiology & Athletics, Ron Hannon.

Lango, a graduate of St. Francis High School and of Gavilan College will begin working immediately to reestablish the program. Recruiting will be his top priority.

“I’m excited about this opportunity to be back as the head football coach at Gavilan College.  Gavilan College has always been home to me and I can’t wait to get going,” stated Lango.

This is Lango’s second time leading the Gavilan College football team. He was the head coach from 2000 - 2010. During that time, he took the Rams to the 2003 Capital Shrine Bowl and the 2004 CLO Bowl and won two Coast Conference titles in 2003 and 2006.  While he stayed on as a full-time Kinesiology instructor at Gavilan College following his first stint as the head coach, his coaching career continued at other schools.  In 2011, he was an assistant coach at San Benito High School.  From there he became an assistant coach at De Anza College from 2012-2015 and then Foothill College from 2016-2017. Both collegiate teams experienced success while he was on staff.

“I feel Gavilan College is a tremendous institution with endless opportunities for our students.  I believe my experience and knowledge from all of my coaching opportunities has prepared me for this moment,” Lango said.

“We are pleased to have John back as our head coach.  Given the challenges we’ve faced in this past season, John will bring a level of experience and stability that our program needs right now.  We’re eager for him to get out and begin the recruiting process,” stated Hannon.

The Rams will open up the season on September 1, 2018 at Los Medaños College in Pittsburgh.  To contact John Lango at Gavilan College, call (408) 848-4875 or email at jlango@gavilan.edu. 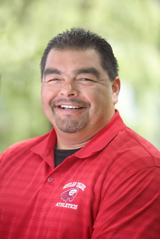